When was 3D printing invented? To answer this question we have to go back in time to the 80s. The first patent was registered in 1986, but this device was invented earlier, more precisely in 1984 by Charles Hull, who is considered the father and inventor of the 3D printer.

Before he created this device, there were several people who tried to make it. The first attempt belonged to Dr. Hideo Kodama of the Nagoya Municipal Institute of Industrial Research in 1981. He published an article presenting a rapid manufacturing device. Dr. Kodama was the first to talk about 3D printing, using a laser for the strengthening process. Unfortunately, he abandoned the project a year after registering the patent.

Last but not least, a French team of inventors tried to produce, like the Japanese doctor, a rapid prototyping machine. But, due to lack of funds and interest, the team abandoned the idea.
Here we come to 1984 when Charles “Chuck” Hull registered a patent for a printing machine that uses stereolithography.

Through this process, Hull used a UV lamp to strengthen the photosensitive resin layers in a hard plastic, thus managing to make the first 3D printed objects. In 1986 the patent was approved and the 3D printing age officially began. 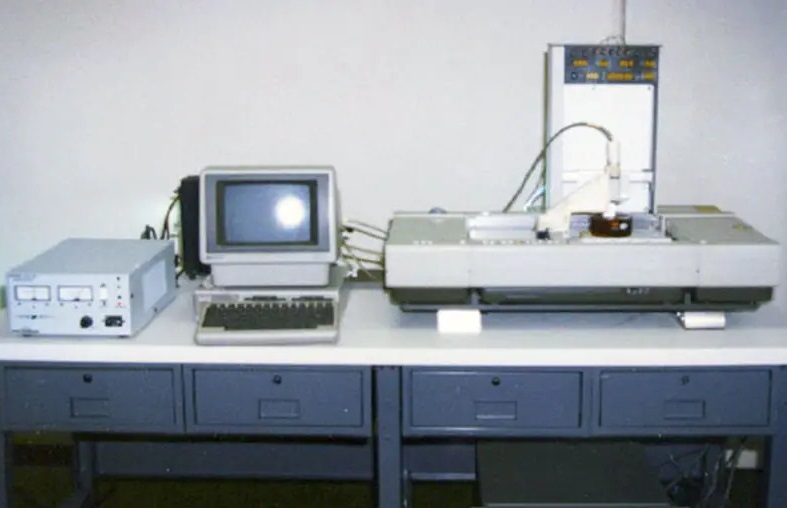 What other methods have been created?

Stereolithography (SLA), although it was the first method of 3D printing, was not considered the only one for a long time. A few years later, more precisely in 1988, two new methods were patented, these being extrusion printing (FDM) and selective laser sintering (SLS).

Extrusion printing is the most popular 3D printing method today. This is done using a filament which, with the help of a hot nozzle, is deposited layer upon layer on a platform, until the object is finalized. With the help of a CAD sketch, the device “draws” the object according to the specifications.

The list of materials that can be used is mainly composed of several types of polymers, such as: PLA, ABS, PETG, Nylon and others. This type of device exists both at industrial and domestic level and one of the differences is of course the production capacity.

SLS has been and still is a popular method of 3D printing, being preferred by engineers due to its low operating cost and high efficiency. The principle of its operation is the use of a powerful laser to sinter in a solid object, the polymer powder.

The main advantage of selective laser sintering is that it offers a high degree of accuracy and freedom in terms of design. That is why it is an excellent choice for prototyping.

It is also versatile in terms of materials used, being able to use:

Chuck Hull is considered the father of the 3D printer, although there have been attempts before him to design and develop such a device. 3D printing was invented in the 1980s and has revolutionized the world ever since.