What is 3D Printing?

3D printing is an innovative process by which a digital model is transformed into a tangible, solid, three-dimensional object. Usually, this is done by laying several successive, thin layers of a material.

3D printing has become so popular in recent years because it offers real support in production. This is, on one hand, due to the affordable price, and, on the other hand, to the small size of the printers compared to classic production.

How does 3D printing work?

First, a virtual design of the object to be printed is made. This design will work as a plan for reading the 3D printer. Virtual design is done using computer aided design / CAD software, software that can create accurate drawings and technical illustrations.

A virtual design can be made using a 3D scanner, which creates a copy of an existing object, by capturing several images of it from different angles. 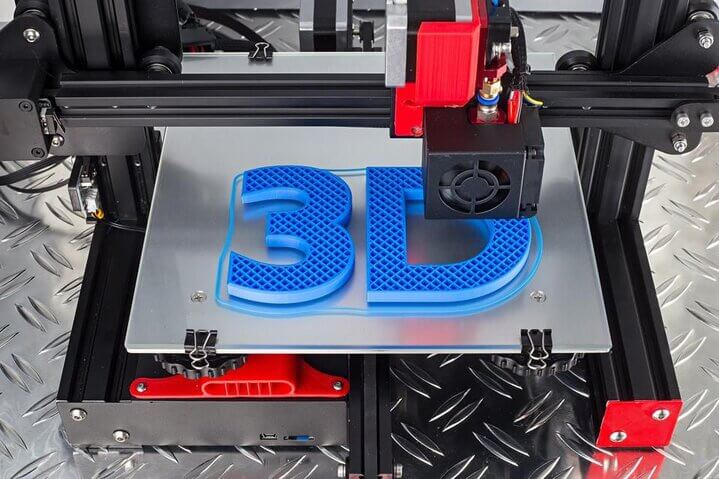 After making the virtual model, it must be further prepared for printing. This is done by breaking the model into several layers, using a process called slicing. By slicing, the model is taken over and divided into hundreds or even thousands of thin, horizontal layers using a special software.

How to print objects?

The 3D printer begins printing layers of material, a process called material extrusion. Depending on the type of 3D printer and the model used, there are several methods of extruding the material.

Most of the times, the 3D printer has a nozzle that removes a semi-liquid material, such as melted plastic, metal, or cement. The extrusion nozzle can move both horizontally and vertically, because it accurately places the material, following the plan of the digital model, layer by layer.

Then, the process is repeated until the 3D printer reproduces each layer of the digital model with the extruded material.

What objects can be made by 3D printing?

Almost anything we can imagine can be printed using a 3D printer, after it has been transformed into a digital design. Thus, 3D printers help designers, engineers and even ordinary people to create complex objects in ways that classical manufacturing methods could not.

3D printers are used, for example, to create:

3D printing in the medical field

3D printing can help patients and healthcare providers in many ways. Doctors can now print 3D medical models which are so accurate that surgeons can perform virtually a simulation operation before actually operating on a patient.

3D models are also used in the medical field to create cheaper, more lasting, more compatible and more suitable prostheses for those who have lost their arms or legs.

This is how valuable the concept of 3D printing is nowadays.

If you did not find what you are looking for or if you have any questions, please contact us HERE