Can recycled plastic be used with a 3D printer?

3D printing has conquered the world. Since the beginning of the last decade, 3D printers have been considered to be a revolutionary technology, capable of definitively changing the way we produce and sell goods. Imagine that the power to create and make pieces and objects at home or at a local 3D printing service is here.

You no longer have to order customized pieces and wait for them; they can be ready locally, right away. But like any other technology, there is the question of sustainability. Is 3D printing an ecologically profitable technology? In recent years, ecology / environment has become an increasingly discussed topic, being an aspect whose importance is growing from one year to another.

In our attempt to leave the planet in a better state than it was, both for us and for future generations, technology must be thought and adapted around this principle.

How green is 3D printing?

Being a relatively new technology, 3D printers are still in a stage of continuous development. However, this creation process may be a more environmentally friendly method of production than traditional methods.

Of course, here we can say that sustainability is directly influenced by the source of the electricity it uses. If the energy is produced by our own solar panels or comes from sustainable sources, then we can say that 3D printing has an even smaller impact on the environment.

Also, the materials used to produce objects and parts can be profitable from this point of view, because, with the technological evolution, the raw materials used can be recycled and reused. 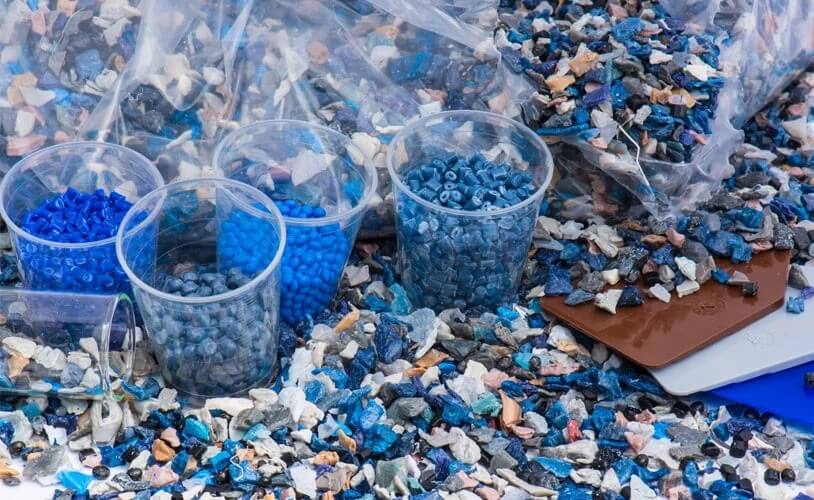 Can recycled plastic be used with a 3D printer?

Plastic is one of the most important environmental issues. It is not biodegradable and is used considerably in almost all industries, so it is important to find a sustainable solution to process it.
Fortunately, one of the ways to remove plastic is to use it in 3D printing.

Although not biodegradable, the plastic is recyclable and can be used successfully to create the 3D production filament (There are also some 3D printers that can use plastic granules directly, which turns them into the necessary filament).

There are numerous companies and start-ups that use various discarded plastic items, such as PET bottles and others, to turn them into useful items such as baskets, sunglasses or chairs.
The easiest way to print in a sustainable way is to look for and use recycled plastic filament.

Why is 3D printing good for the environment?

3D printers have a huge advantage over traditional production methods. With much lower energy consumption, they use a smaller amount of raw materials and have a significantly lower impact on the environment.

There is also an advantage from a logistical point of view, because the production takes place locally and there is no need for transport from the factory to the final consumer or its storage. These seemingly trivial things translate into lower costs for small producers, but also a much lower carbon footprint.

A lower production cost means that 3D printing is financially profitable, which will lead to being adopted on a larger scale, thus directly reducing the consumption and use of fossil fuels used in logistics.

Newer What can 3D printing do?
Back to list
Older Which Foods can be 3D Printed?