Nowadays, technology is used more and more often to make our lives more efficient and easier, but also to lower the production and manufacturing costs of large companies. In this sense, one of the most creative ways to produce almost anything, from decorative objects to specialized parts, toys and much more, is 3D printing.

However, this manufacturing process is not the only method used. In parallel, there is laser engraving which is also used at home and industrial level. At first glance, it doesn’t seem that these two different technologies have much in common, but they are similar in some ways.

The major difference between the two is that 3D printing can create an entire object using different materials such as plastic, metal, carbon fiber, and more, while laser can only mark words, logos, and images in various sizes. and depths with several materials including wood, metal, leather and so on. 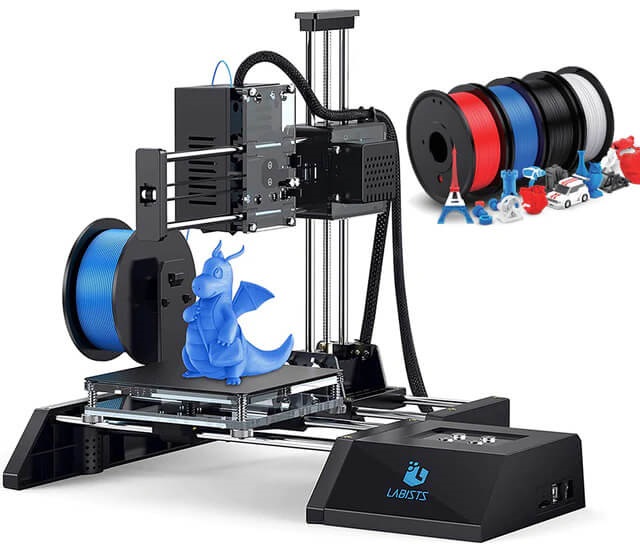 In recent years, many technologies have been developed and brought to the market for consumers and entrepreneurs, but one of the most promising and revolutionary manufacturing methods is 3D printing.

Although this technology has been used for several decades by large industries, in the last 10 years this creative production method has reached the consumers’ hands, which is mainly due to the huge popularity it has enjoyed and the technological evolution that has allowed to reduce its size and decrease its purchase price.

The 3D printer has numerous applications and is successfully used in various industries such as aerospace, the development of civil and military vehicles. Currently, this technology is being intensively researched to increase the number of materials and some of the most important are the printing of personalized medicines and food, using culinary ingredients.

Laser engraving, like 3D printing, is a very popular technology both among hobbyists and at the industrial level. Thanks to laser engraving, you can mark a material to create a truly unique product that you can customize as you wish.

Leather covers, jewelry, decorative objects and many others, engraved and customized as you wish are just a few things that can be made by anyone. In industrial sectors, engraving is used due to its high precision to mark serial numbers, components, so that they can be easily tracked and identified.

3D printing is one of the most interesting and promising technologies recently developed. This has the ability to definitively change the way objects and products are manufactured, being much more convenient and accessible, both for consumers and for entrepreneurs. Although laser engraving is different from 3D printing, they can be used simultaneously to improve and increase the quality of manufactured products.

Newer Did you know that 3D jewelry can be printed?
Back to list
Older 4 Essential 3D Printing Tips for Beginners